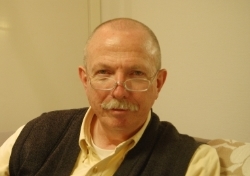 An Interview With Ellis Potter 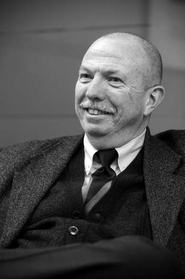 Ellis H. Potter, Pastor, speaker, counselor, and teacher, Ellis Potter has lectured to Christian and secular groups worldwide on cutting edge topics from authority and epistemology, to the relevance of art and culture in Christianity, and comparative worldviews. Raised in the US, but spending most of his adult life in Europe, Potter converted from Zen Buddhism to Christianity after life altering encounters with Dr. Francis Schaeffer in the ‘70s. For the next 16 years, he served at the L’Abri Fellowship in Switzerland and then for 10 years as pastor of the Basel Christian Fellowship. He now lives and works as a missionary in Basel.

A native Californian, Ellis Potter was an unusual child. At 13, while other teens played sports or read comic books, he was into comparative religion, searching for absolute truth and asking questions like “Why is God?” or “How high is up? How far is far?” Although surrounded by Christianity in the US, he found Christians boring because they were interested in maintaining the “status quo,” rather than pushing the envelop by asking radical questions; therefore, he looked to other philosophies and religions finding that “Zen Buddhists were the most encouraging of radical questions and people who thought in absolute terms most consistently” – devoting himself to the philosophical underpinnings of Zen Buddhism for the next 15 years.

In 1976, however, through providential meetings with Dr. Francis Schaeffer, Ellis Potter dramatically converted to Christianity. “I was in Zen [Buddhism] and then I became confronted with the reality of Christianity. And I became convinced that it was more true, more satisfying, more absolute, more accurate, more lively … so then I became a Christian.”

Potter describes his conversion as a result of finding “it took less faith to believe in Christianity than to believe in anything else” because “the truth of Christianity is so connecting to life and reality as we live it and know it.” Zen Buddhism’s problem was that salvation came from becoming nothing. In contrast, Potter states: “In Christianity I lose my self-centered identity in order to find my other-centered identity in Christ, but I retain the reality of my individual being and point of view…It gives such a satisfactory framework and support and foundation for life, being, and hope.” He observed the facts of the Bible and realized its truth was not based on fragile humanity, but on a sovereign God.

Potter spent the next 16 years serving at the L’Abri Christian Fellowship in Switzerland where “the L’Abri community, teaching, lifestyle, the work of Francis Schaeffer, and other colleagues there” shaped his attitudes, expectations, activities, and involvement in Christianity. He fondly describes the community as a place where he could lecture, preach, teach, cook, counsel, garden and be “an ordinary guy.” L’Abri provided Potter with an intellectual haven, where he shared life with hundreds of students through thought provoking discussions. 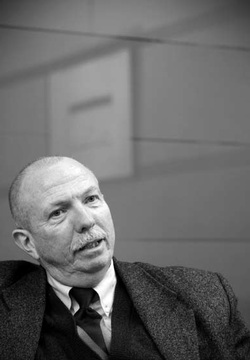 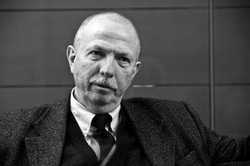 Although not a self-proclaimed evangelist, Ellis Potter often runs into non-Christians while lecturing all over the world. Gifted with a discerning ear for people’s concerns, he helps others form questions that help them understand themselves. He explains: “So I try to help people to have courage, I try to comfort people and I try to give people hope that there really is hope, they don’t have to be just stuck in their little circle of cynicism or their presuppositions” – of course, Jesus Christ is this hope.

Additionally, Ellis Potter is wary of how Christians share the gospel with non-believers because of their tendency to become mechanical and programmatic. “I think it’s very important not to have a method and not to have a program [in evangelism] but to treat people as individuals and to take them seriously and to realize that they are unique,” he pleads. There is a problem when Christians view non-Christians as customers. “You’re going to have to be very aware of who they are and not try to apply… some sort of step program, or some kind of sales technique to that person; but to care for them as individual human beings and to hear them so that they really know that you want to know them and you think that they are worthwhile and valuable as human beings.”

He also cautions Christians to focus less on their personal conversion experience – although a valid experience – and more on Jesus Christ himself; a difficulty that he believes stems from an overly self-centered view of the Bible. “It is a normal, natural thing, as the world influences the church, for Christians to go in the flow of the world and to think the center of Christianity is ‘myself ’[sic].” However, he warns: “I think that this is not biblical, or safe, or real, and that Christians should be taught actively to center their understanding and reading of the Bible on God; it’s his story, his reality – we need to know who is Jesus [sic].” He claims that although we need to draw out a personal understanding of God from the Bible, if we solely rely on this “well approach,” “we tend to produce a user-friendly God; a God who is custom-designed to meet my needs,” or as he eloquently describes: “a me-shaped God, rather than a God-shaped me.” This view is dangerous, counterproductive, and gives non-believers a distorted view of God.

Many Christians are fearful of being disloyal or heretical if they ask questions about their faith. However, Potter asserts the necessity of doubt in the Christian walk. “Many Christians are terrified of doubt. It’s ‘Oh I mustn’t doubt. I must be absolutely sure.’ No, no, no. God doesn’t expect you to be omniscient and to know everything. You doubt so that you find out more and you grow and you learn in your understanding and awareness.”

He leans forward, “I would say be aware that if God is God, he has answers; and that the [sic] questions are honest questions, [they] are not threatening to God, they’re threatening to us.” However, we have nothing to fear. “God is inviting questions. He says ‘Come let us reason together,’ and he wants us to explore reality and to examine our faith so that we have an answer to give to those who question the faith that is in us.” In fact, Ellis Potter proposes that it is the instability from asking a real question to an unknown answer that causes a person to grow and learn. “You have to doubt that your understanding is perfect and complete now, in order to add to it.”

Asking questions and exploring our faith, Potter stresses, is a Biblical mandate and the essence of child-like faith. Christians are afraid because “a lot of people think that when you believe, when you really have faith, you stop asking questions because you’re satisfied, but that isn’t how children are,” Potter contextualizes child-like faith: “The energy of the child is to constantly ask questions and the reason they ask questions is because they trust that the answers are coming; but when we become adult, we become sophisticated, we become mature – those are euphemisms that we apply to the process of dying.”

What does it mean to be like a child in the Kingdom of God? Potter doesn’t hesitate for a second. “Jesus said be like a little child be constantly beginning, be constantly learning and growing and exploring because you trust ‘Daddy,’ our God, to give you the answers, and more and more life, and understanding, and perspective, and possibilities; and this is a very exciting life, not boring at all.” 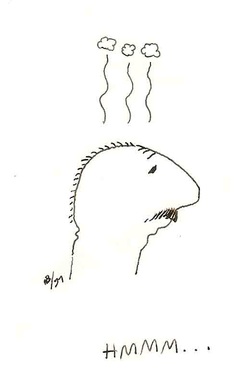 To contact Ellis please use the following email address: ellispotter@live.com